Note: New events will be automatically added to this list once they are announced.

Mark your calendars: Halloween weekend in Las Vegas is just around the corner! Time to bust out your craziest costumes and party in the best party city in the world.

Here's the list of the best nightclubs and pool parties in Las Vegas during Halloween Weekend 2019: 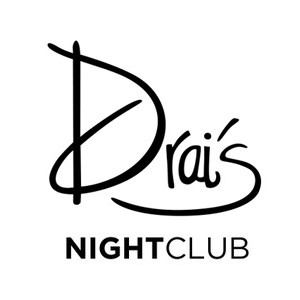 Vegas Halloween "What to wear"

Some Costume Tips For Las Vegas Partygoers This Halloween Season

Planning a trip to Las Vegas during the Halloween period, but can’t think of any ideas as to what to wear? Below are two simple, effective tips for all you ladies and gentlemen looking to leave some lasting impressions during their trips to the Sin City.

Halloween lives and dies by the costumes that people wear to events erected in its honor. Spend time thinking about what to wear, and what you plan on doing with your time. Plan on partying at some of the most popular nightclubs? Then make sure to wear costumes that offer flexibility, but that is also eye-catching.

Certain clubs are more suited for certain costume styles. Hakkasan at MGM Grand, for example, is renowned for its vibrancy, and high levels of energy, so dress in something sexy and flexible.

The last thing you’d want is to dress up like Big Bird, or in boxy and unmaneuverable attire. Similarly, TAO Nightclub at the Venetian is known for its more creative costumers and celebrity clientele—so much sure dress up to impress others.

COSTUME CONTESTS TO KEEP AN EYE OUT FOR

To incentivize dressing up in costume, various locales on and off the Strip offer lucrative costume contests during the Halloween season. Several examples include the Night of the Killer Costumes, where more than $100,000 in cash and prizes are offered, and 1 OAK at Mirage Halloween-Costume Contest where $20,000 cash is on the line and the where plenty of ladies will certainly be competing for the "Las Vegas’ Sexiest Sinners" award.

The key to winning these awards lies in preparation. Make sure to look up who won in the last few years and dress accordingly. Plan and purchase your costumes at home, as waiting until you’re in Vegas may lead to some unnecessary logistical headaches.

Need help figuring out what to do this upcoming Halloween season? Visit "Halloween on the Vegas Strip: 5 events you'll want to know about" for more details. Remember to dress to impress this Halloween season!

Looking to go to a real Halloween party in Sin City? Then look no further as you have come to the right place. Here at Bottle Service Vegas, our Reservation specialists will get you and your group set-up at the hottest costume parties in town. The scantily clad and the freakishly ghoulish come out for Halloween Week in Vegas and it’s a sight not to be missed! Nightclubs host costume parties (many with cash prizes) with world-famous DJs and celebrity hosts to participate in the otherworldly entertainment. Make sure to get your creepiest (or erotic) costume and come prepared for a night of chilling fun!

The moment you enter Mandalay Bay, you will be directed to a 30,000 square foot ballroom transformed into an eerie setting from Las Vegas past with a Wolfman Elvis, the Zombie Rat Pack, and vampire showgirls. Havana Brown will perform her hit single “We Run The Night”, while dark and dirty beats from world-renowned DJs will take over your body and make you dance. An Emmy® Award design winning team promises spine chilling decor that will leave over 2,000 costumed partygoers from across the US begging for mercy. Haunted Hotel Ball… Once you check in, you never check out!

Haunted Hotel Ball at Mandalay Bay
● Famed Phoenix/Scottsdale costume party to come to Vegas October 27 from 10 p.m. to 4 a.m.
● $5,000 costume contest, plus live performance by Havana Brown
● Mandalay Bay ballroom to be turned into “eerie setting from Las Vegas past”
● Tickets are $60 per person

Looking to see all the things Sin City has to offer during Halloween Week 2012? Bottle Service Vegas has you covered. We’ve compiled a list of the best parties in Sin City to book now and not be left behind during the holiday week as it normally sells out quickly. There’s something for everyone, from dayclubs and bottle service deals to nightlife, to strip clubs and male revues, to hotel deals, packages and more.  At huge savings when booked in advance, you can take advantage of these limited time offers and treat yourself to a wild weekend without breaking the bank.

Kaskade will be the special guest DJ at Marquee Nightclub inside the Cosmopolitan Hotel & Casino Halloween night. Ryan Raddon, better known by his stage name Kaskade, is an American DJ and record producer. His style is mostly bassline minimal, although he occasionally likes to add sudden very abrasive leads and breaks mostly akin to Skrillex and deadmau5.

Marquee Nightclub at The Cosmopolitan is the premier location for the Las Vegas nightlife experience. Marquee is a 60,000 square foot Dave Rockwell venue containing seven different bars and three rooms—the main room, the Boom Box, and The Library—each with a distinct musical experience. The stylish and sophisticated venue offers a full range of beverage options and bottle service. Marquee is also the number one destination for the world’s premier music talent, featuring residencies of world-renowned DJs like Kaskade, Benny Benassi, Avicii, and many more.

Halloween Week 2012 at XS Nightclub inside the Encore Casino Resrot will include Sultan + Ned Shepard on Friday October 26th, Steve Angello on Saturday October 27th, Afrojack on Monday October 29th, and Deadmau5 Unhooked on Wednesday October 31st. Check out the video below for a glimpse of what XS is like with this amazing line-up of DJ’s. Sign-up now before prices sky rocket or, even worse, sell out!

XS is a  40,000-square foot slice of heaven, located at Encore Las Vegas, that features 95 VIP tables, 30 cabanas situated on two levels and daybeds that surround the gorgeous pool located outside XS’s large sliding glass doors. Whether it’s the amazing entrance featuring a breathtaking staircase or the magnificent chandelier situated directly in the middle of the dance floor, you will be blown away with every single piece that makes up XS. If you haven’t experienced XS, then why not experience this amazing nightclub during the busiest holiday weekend in Sin City!

Vanity will change your concept of upscale nightlife by focusing the experience on the most important person in the room – you.  An eclectic jewel box, Vanity is adorned with pearls and hand cut crystals fused with bronze and gold metallic surrounded by antique mirrors, rubbed brass and black chrome. The organized chaos of velvets, deep satins and rich tapestries add to the gleaming textures throughout the club creating the perfect backdrop of reflective brilliance. The heartbeat of the club is a cyclone chandelier of over 20 thousand lit crystals bringing the dance floor to life.

Avicii, part of the At Night family, will spin his signature sounds at Tryst Nightclub inside Wynn on Halloween Night. Avicii is a Swedish DJ, remixer, and record producer. Avicii ranked No. 6 on the Top 100 DJs list by DJ Magazine in 2011.

Tryst Nightclub is located inside the Wynn Hotel Resort & Casino in Las Vegas. The club has received critical acclaim over the years and according to The Los Angeles Times, “Tryst is the best-kept non-secret in local night life.” The 12,000 square foot venue features a main room with an open-air dance floor extending into a 90-foot waterfall, cascading into a secluded lagoon, 3 full main bars, 2 service bars, 1 optional lounge bar and seating for 250 inside and 150 outside which outlines the perimeter of the club. Catch glimpses of the flashy dancers around the dance floor, as the premium sound and lighting equipment that is positioned throughout Tryst electrifies the room.

Special Wednesday night Halloween opening on October 31st at Tao Nightclub inside the Venetian Resort & Casino. Tao will be hosting the Official Dub Expo Halloween Party with special appearances by Kirko Bangz and DJ Quik. Kirko Bangz is an American rapper signed to Warner Bros. Records. DJ Quik is an American MC and record producer. Sounds will be provided by Eric D-Lux throughout the night.

Lavo Nightclub inside the Palazzo Hotel & Casino hosts the Official Maxim Halloween Party 2012 with Jim Beam Devil’s Cut hosted by Kid Rock on Saturday, October 27th. Celebrate Halloween with the Maxim Sexy Little Devil Costume Contest for the chance to win $1,000 cash, a signed Kid Rock guitar, a one year subscription to Maxim, and your photo featured on Maxim.com. Show your sinister side and dress as a sexy little devil!

LAVO Nightclub is the latest hot spot from the creators of TAO Asian Bistro, TAO Nightclub & TAO Beach. Located at the Palazzo, LAVO has become Las Vegas’ newest celebrity hangout that has already hosted a long list of star studded evenings. Located directly on Las Vegas Boulevard, LAVO’s terrace overlooks The Strip, affording one of the best views in all of Las Vegas. With over 20,000 square feet of space, LAVO offers a multitude of indulgent entertainment experiences. The award winning LAVO Nightclub boasts one of the most intimate, yet energetic, dance floors in Las Vegas surrounded by lush table seating and an expansive bar. With the club open 5 nights and some of the latest hours in Vegas, LAVO has quickly become a “must-go” destination for those who love great music, dancing and a high quality nightlife experience.